DRS. GIANNETTI AND BOOMS is committed to facilitating the accessibility and usability of its website, drsgiannettiandbooms.com, for everyone. [Company Name] aims to comply with all applicable standards, including the World Wide Web Consortium's Web Content Accessibility Guidelines 2.0 up to Level AA (WCAG 2.0 AA). DRS. GIANNETTI AND BOOMS is proud of the efforts that we have completed and that are in-progress to ensure that our website is accessible to everyone.

If you experience any difficulty in accessing any part of this website, please feel free to call us at +1 (916) 452-3584 or email us at info@sacortho.com and we will work with you to provide the information or service you seek through an alternate communication method that is accessible for you consistent with applicable law (for example, through telephone support).

How does Invisalign Treatment Compare to Traditional Braces? 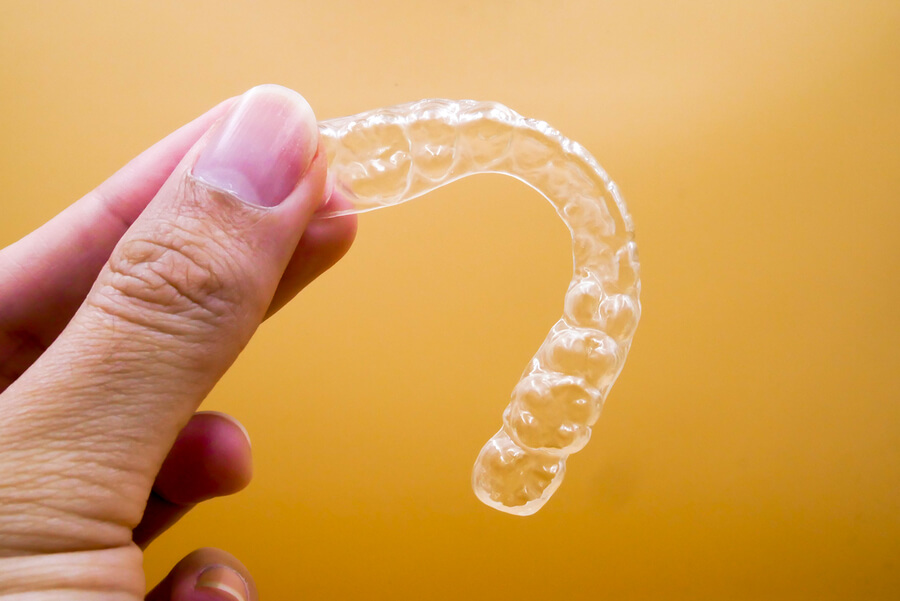 How does Invisalign Treatment Compare to Traditional Braces?

Invisalign is a brand name for a system of clear aligners used to move teeth. Since they exploded onto the market 20 years ago, they’ve been an extremely popular choice for patients of all ages.

If you’re considering straightening your teeth, and you want to know how Invisalign compares to traditional metal braces, read on.

The main selling point of Invisalign is, of course, that it’s “invisible.” The clear aligners are much more discreet than traditional metal braces, making them an excellent choice for professional adults as well as teens who don’t want the metal mouth look.

One big advantage that metal braces have over Invisalign, at least from the orthodontist’s point of view, is that metal braces are bonded to the teeth so we know they are always working. Instead, the Invisalign aligners are removable. It’s up to the patient to make sure the aligners are worn for at least 20 hours a day. Less than that, and treatment can be prolonged. For patients who think they won’t commit to 20 hours a day, Invisalign isn’t a good fit.

Invisalign is Easier to Keep Clean

The upside of the aligners being removable is that they are much, much easier to keep clean than regular braces. Aligners are removed for eating, so food is less likely to get caught in them in the first place, and they’re also removed for brushing and flossing. While brushing and flossing with metal braces is fiddly and can be time-consuming, keeping your aligners and your teeth clean is a breeze with Invisalign.

Invisalign Can Treat Most Cases

I’ve encountered patients who were told that they weren’t a candidate for Invisalign five or ten years ago, but now their issues can effectively be treated with Invisalign. Like nearly everything else in the field of orthodontics, Invisalign has improved over the years, and that means that the majority of cases can now be addressed by Invisalign. Still, whether or not you are a good candidate is something to discuss with your orthodontist.

Treating with Invisalign typically requires fewer orthodontist visits than does treating with metal braces, which is a big plus for many patients. Office visits are usually spaced eight to twelve weeks apart, as opposed to every four to eight weeks with traditional braces.

What About Time and Money?

Whether or not Invisalign costs more than traditional braces depends on your case and on the orthodontic practice. As a rule of thumb, Invisalign may be a little more expensive, but many patients are surprised to learn that Invisalign is more affordable than they thought.

As for time, again, how long treatment will take depends on your particular case and on the orthodontist. It may be about the same, or it may be a little shorter.

It’s Up to You

In our practice, we essentially give our patients the choice of Invisalign or traditional braces, except in a few cases where we strongly recommend one over the other. Both are great choices, but for appearance, ease of cleaning, and fewer office visits, Invisalign is the clear winner.

Looking for Transformative Changes to Your Oral Health and Smile?

Receive the latest news and treatment options straight to your inbox!